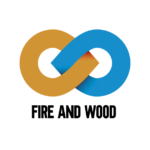 What Do We Value The Most

GET YOUR GROOVE
ON AND GIVE.

Our brand promise was selling the experience. Not the event. It had to be big and it had to sell seats for butts.

The Summit Foundation for Cystic Fibrosis (SFCF) is a non-profit organization (NPO) based in Calgary, Alberta. It fundraises exclusively in support of Cystic Fibrosis (CF) to improve and extend the lives of those suffering from CF and other debilitating lung diseases. Since 2004, SFCF has raised in excess of $2M for local research programs and equipment to the support of research within the Snyder Institute for Chronic Diseases.

Nicki Perkins, director for SFCF, was reading signs of low ticket sales for its upcoming flagship May 2019 gala event – That 70s Gala (T70G). She approached Fire and Wood in late February 2019 to revitalize its event visual identity (iD) and engage community interaction.

SFCF had been working hard for the past 15 years without an established brand architecture, and was anticipating signs of identity obsolescence. We had to refine its digital marketing strategies and social media innovation processes, share its purpose, and sell-out the event – all in short order.

As the event horizon loomed in the distance, we needed a simple exercise to kickstart a strategic point of view for bridging the design gap. We started with the facts, obstacles and opportunities in order to initially identify the functional benefits of the brand. This laid the foundation for the narrative stage and informed target marketing and media spend going forward.

Starting from the functional benefits as low hanging fruit, we blurred the lines with emotive meaning to share the core purpose: help people with CF breathe easier and live, longer and better lives. And the determining factor for sharing this core purpose was striking an emotional connection for the need for research and powerful discoveries.

The SFCF brand purpose and meaning was quickly covered in a communication audit to review social intelligence and best practice principles. Overall, informal and formal story brand direction needed to be visibly consistent and continuous across omni-channels. We saw an opportunity to piggy-back the retro aesthetic with a digital approach and create a big and bold identity that connected with community interests, values, rituals, and purposes.

We wanted energy. In a nutshell, we wanted more woo than wow.

A short and brief landscape analysis revealed low post content and even lower post sharing. This included translating brand positioning and voice, finding the problem we had to fix and piggy-backing core beliefs for the design work. Overall, informal and formal story brand direction needed to be quick, fast and shareable - and capture both the emotional and functional voice of the brand.

Our quick fix was to fill the content funnel with ad-quality and consistent imagery. We adopted an easy and early social media platform champion - in this case, Instagram made for the hands-down choice. Visual aesthetic of graphic stills and digital vignettes had to be authentic, raise emotional and functional currency and encourage natural sharing. Creative micro advertising was fundamental.

The initial movement from a newsfeed focus into grid layouts was key for moving from interactive wall concept to Instagram on short notice. Playful strategies included running storylines through puzzle feeds and vertical line imagery - including carousel layouts. Graphic stills and digital vignettes made for highly-personable content that was creative and shareable.

Needing quick wins in short time, we knew that the straplines had to evolve for tactical and not strategic reasons. We went with functional statistics and mixed in emotional attachment to address the future perception of CF: children.

On short notice, the verbal glue for the voice of the brand was tricky. We threw down as wide a scope as possible and followed best practices to connect branding (in its widest sense) and brand identity (in its visual sense). We looked at how the brand balanced its basket of values, behaviours, and how it personified its voice.

The first crucial step was playing with short, crisp and informative copy for micro advertising that was quick, fast and shareable. Organic content was developed and designed for posts and tweets. The digital campaign was carried by a moderate social media buy for Facebook and Instagram digital vignettes – and daily Facebook boosts for branded content posts.

In the end, execution came first as a marketing function to create buffer space for asset development. The emotional narrative followed shortly behind disguised as graphic stills and digital vignettes.

The bones of the content strategy was built on everything that SFCF was, and stood for, and introduced new visual creative that captured community imagination. We used micro advertising to engage community to stand behind SFCF and strengthen its connection to the core brand purpose.

We took full advantage of the creative freedom and full client approval to experiment and explore with design for original content that embraced authenticity, realness and swagger. The creative had to be cross-functional for omni-channels and carry consistent iD for ease of recall. It had to keep continuity with subjective experiences from its communities and inject a dash of personal memory, a sprinkle of cultural association and a heavy dose of woo.

Our team approach to the work was critical for the early design phases and crafting the visual form. From digital vignettes to graphic stills, the narrative was distilled down to pillars of fun, youth and research. We focused on quick, fast and shareable content to build trust with community and added some social clout to the brand narrative.

We doubled-down on ad-quality design that caught the eyes in three seconds. We populated social media walls with creative visuals that were worth watching in under 30 seconds. And we shared micro copy for emotional stories of children with CF who just wanted to grow up without the fear of never living past 40 years of age – quick, fast and shareable content all in under two minutes of reading.

Designing an evolutionary approach to the brand iD involved reviewing the past aesthetic and carrying the core purpose forward. The nuts and bolts of getting the creative concepts agreed upon was fundamental to aligning design with clear strategic choices in record time. The re-crafted toolkit added new visual effects and captured the retro theme of T70G with a modern twist.

The usable toolkits were a more radical route than early offerings but were universally loved by the client. Being honest about the constraints of the timeline, and the challenges SFCF was facing, informed early design strategy and a route to success. It translated well over to print iD, including the event guides and table tent cards – complete with a social media campaign contest. Guests were encouraged to share, tweet or post memories from T70G or learn what the kids of CF wanted to be when they grew up.

Prior to the launch of the strategic social media innovation campaigning, SFCF was facing an involved community but a fatigued market. Its cheers to success for T70G was to sell-out the event and increase its brand awareness, with a side of new audience engagement and reconnection to core purpose.

Our goal was to keep a clear end-game in sight and increase brand loyalty with big and bold creative design. Plus, give the brand some new social clout for its trouble. As it stood, the event fell slightly shy of selling-out, but produced a much bigger turnout than originally anticipated. It also resulted in its best fundraising year to date with just under $300K raised in one night!

We worked collaboratively with SFCF, reviewed existing benchmark statistics and shared key performance indicators (KPI), with increased growth rates of more than 10% for Instagram in some cases – and up to more than 2.8K% in other cases. A short Facebook and Instagram media run, for digital vignette ad buys and boosted buys for Facebook posts, netted strong reach increase alone of more than 28.4K – and included more than 66.8K in impressions.

As storytellers, we wanted our audience to pause and read or watch. As strategists, we knew our 3-30-3 principle was solid and we were satisfied with the increase in SFCF social media metrics. We found the true success was best reflected in the key link clicks to the brand site – all campaigns resulted in more than 661 overall clicks to the brand event site.

Outside of the short and paid media run, all produced work was strategically based on grit and grind for targeted outbound efforts, individual effort and human product. All organic engagements produced from tried and true formulas of informal and formal story branding and authentic micro advertising.

OUR PITCH IS
EASY TO DIGEST.

We know the real leaders roll their sleeves up and get on with the job.